“When you put it like that, it sounds more like an adventure than the end of life as we know it.”

Embedded with an eco-terrorist group hellbent on direct action, investigative journalist Owen Graham is enmeshed in a dangerous culture on the political fringe. Ordinary citizens, frustrated by inequality and bureaucracy’s resistance to change, are starting to go off the grid and disrupt the status quo. But the fringe is poised to go mainstream, and Owen’s days as a passive observer are running short.

When a series of escalating misunderstandings land an idealistic public school teacher in the middle of a hostage situation and the sights of an overeager federal agent, Owen intervenes in a desperate split-second decision, changing his life forever. Now he’s on the run with a trio of fellow crusaders, all fighting for a better world, but labeled as terrorists by the government. As people and and their belief systems clash, an inexorable spiral of violence ensues.

AMERICAN TERRORIST is a high-speed chase across the country testing the bonds of love, loyalty, and friendship as the protagonists search for radical solutions to injustice and inspire a movement that may be snuffed out before it starts. 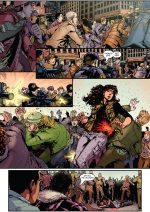 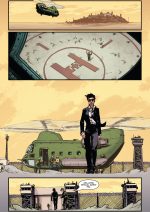 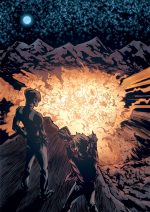 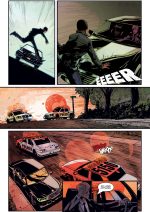